Built in 1964 along Upper Paya Lebar Road, the Paya Lebar Chinese Methodist Church is a heritage building that has undergone several renovations and additions over the years. It recently underwent further A&A work, which was one of its most extensive to date.

For this project, the ONG&ONG and Rankine&Hill were engaged to breathe new life into the space. Among the key concerns that the team addressed were the modest existing sanctuary halls, limited rooms, and lack of parking spaces. The A&A involved the retention of the existing sanctuary halls with new extensions to their fronts and backs, and a new basement. The rear side now houses new classrooms, prayer rooms, offices, and a sky terrace.

The new basement and the conversion of the existing first storey into parking space frees up more space for vehicles, with new bicycle lots supporting the car-lite movement. The retained sanctuary halls were enlarged and tastefully redesigned with contemporary sensibilities. The existing classrooms flanking the top portion of the L2 sanctuary hall were removed and replaced with lush sky terraces serving as an extension of the sanctuary hall's lobby which can be used as a reception area, or as a space for mingling before and after services.

The landscaping concept draws from biblical references to gardens. At the first storey, a sizeable pocket green flanked by the ingress and egress driveway ramps presents a verdant welcoming frontage to visitors and worshippers. This luxuriant garden continues upwards to the second, third sky terraces and attic roof terrace, providing breakout spaces for the church users to socialise and interact. Additional pocket gardens are also located on the second storey mezzanine, interspersed between cosy alcoves where various activities such as Bible study groups or meditation can take place amidst the greenery. 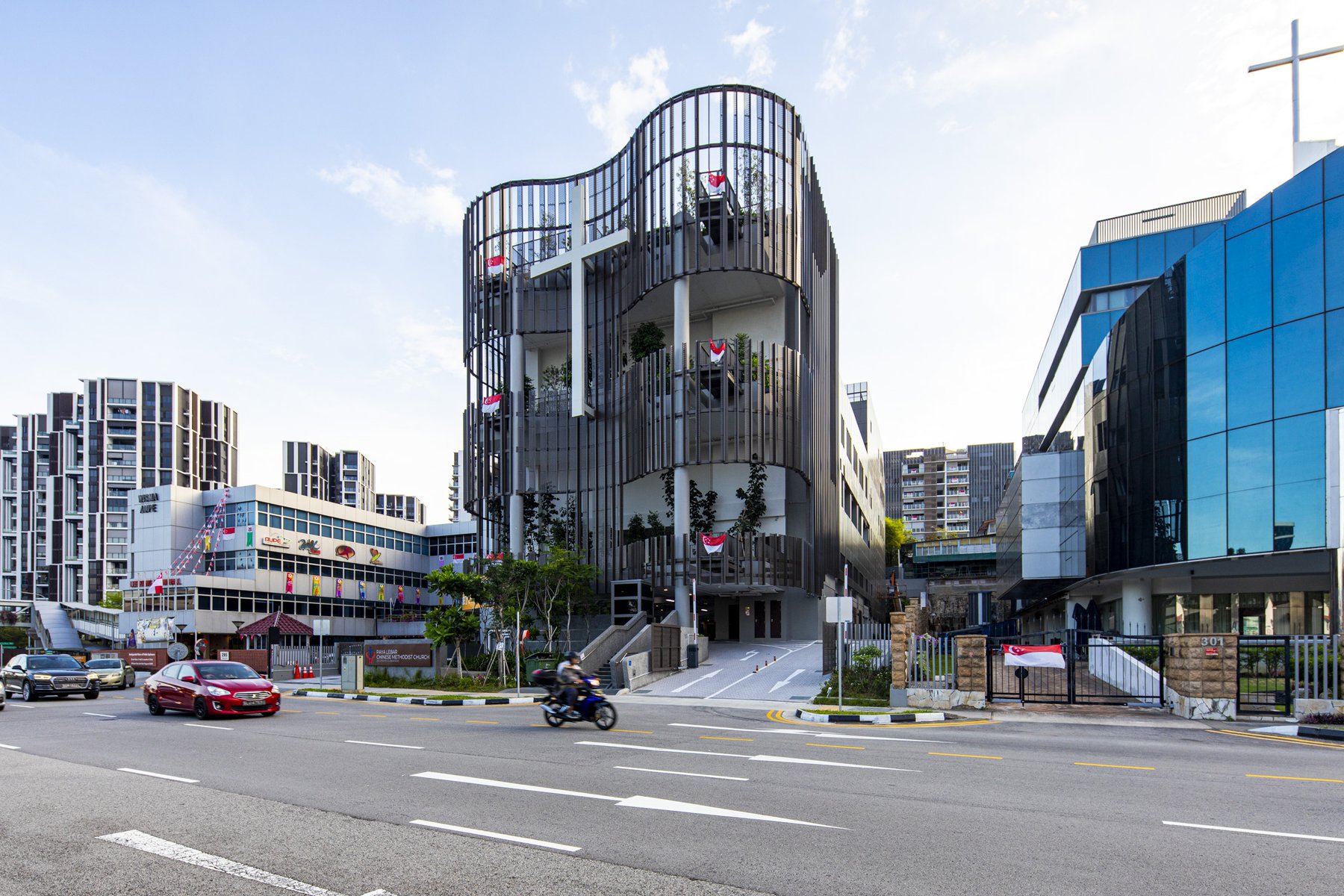 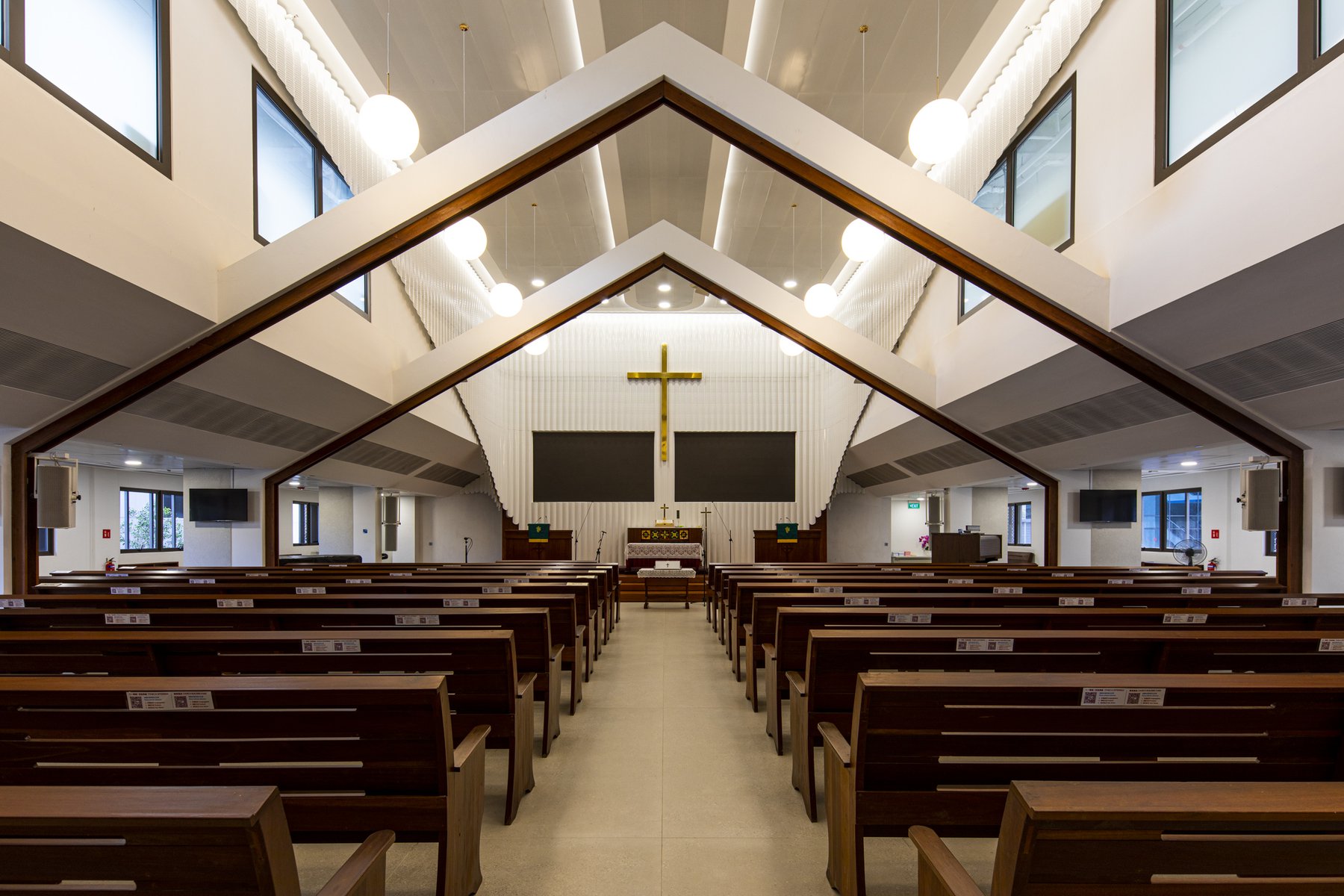 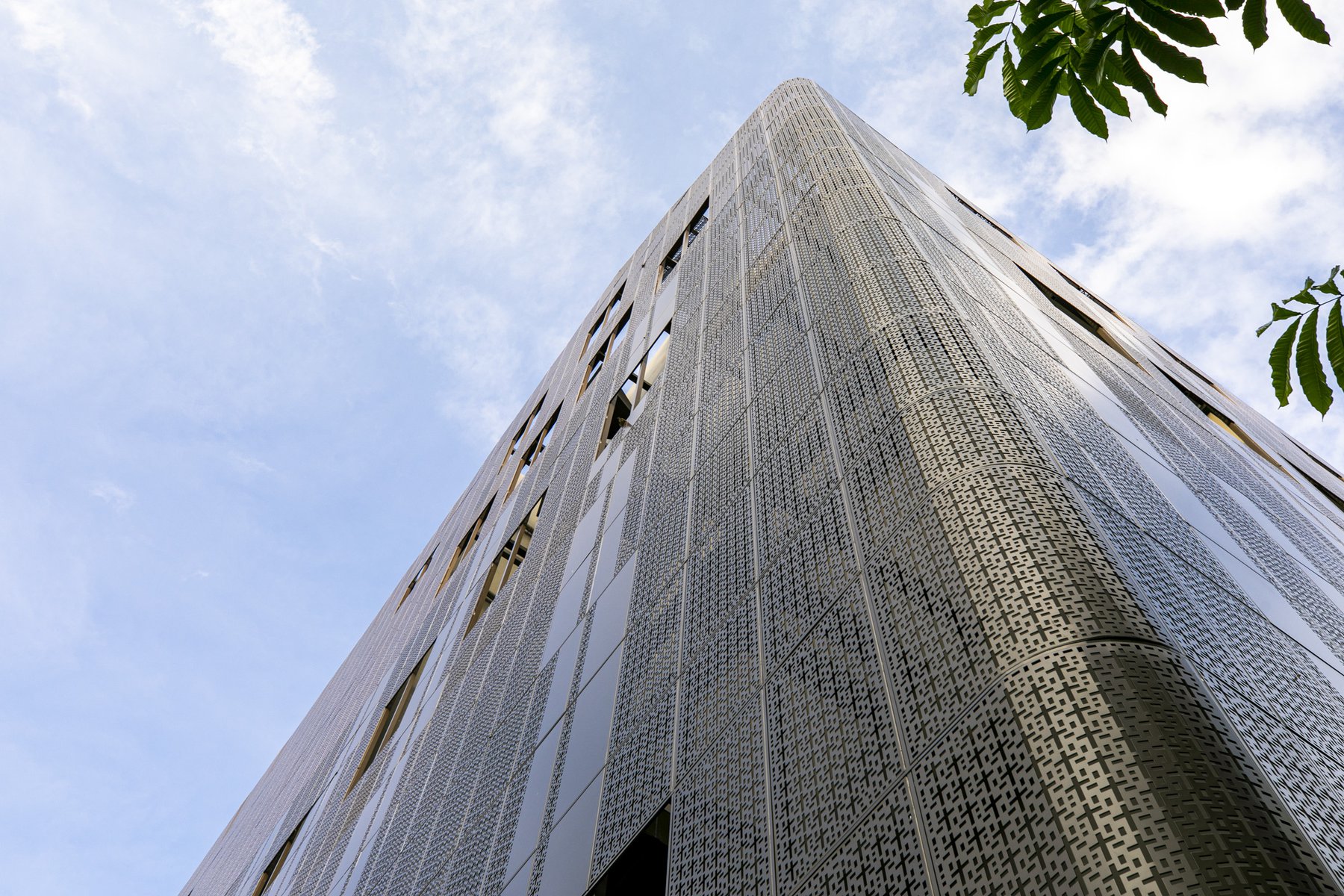 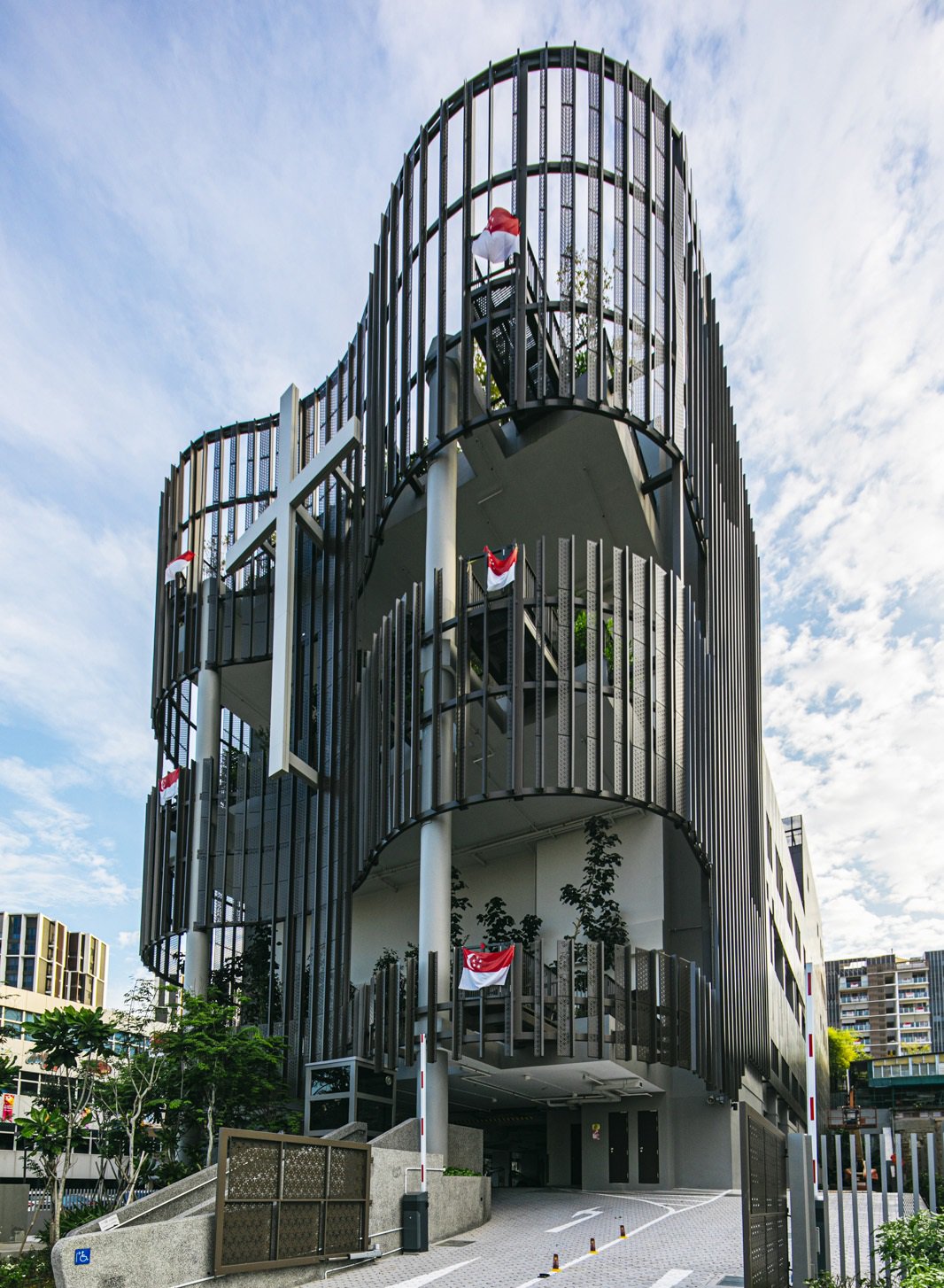 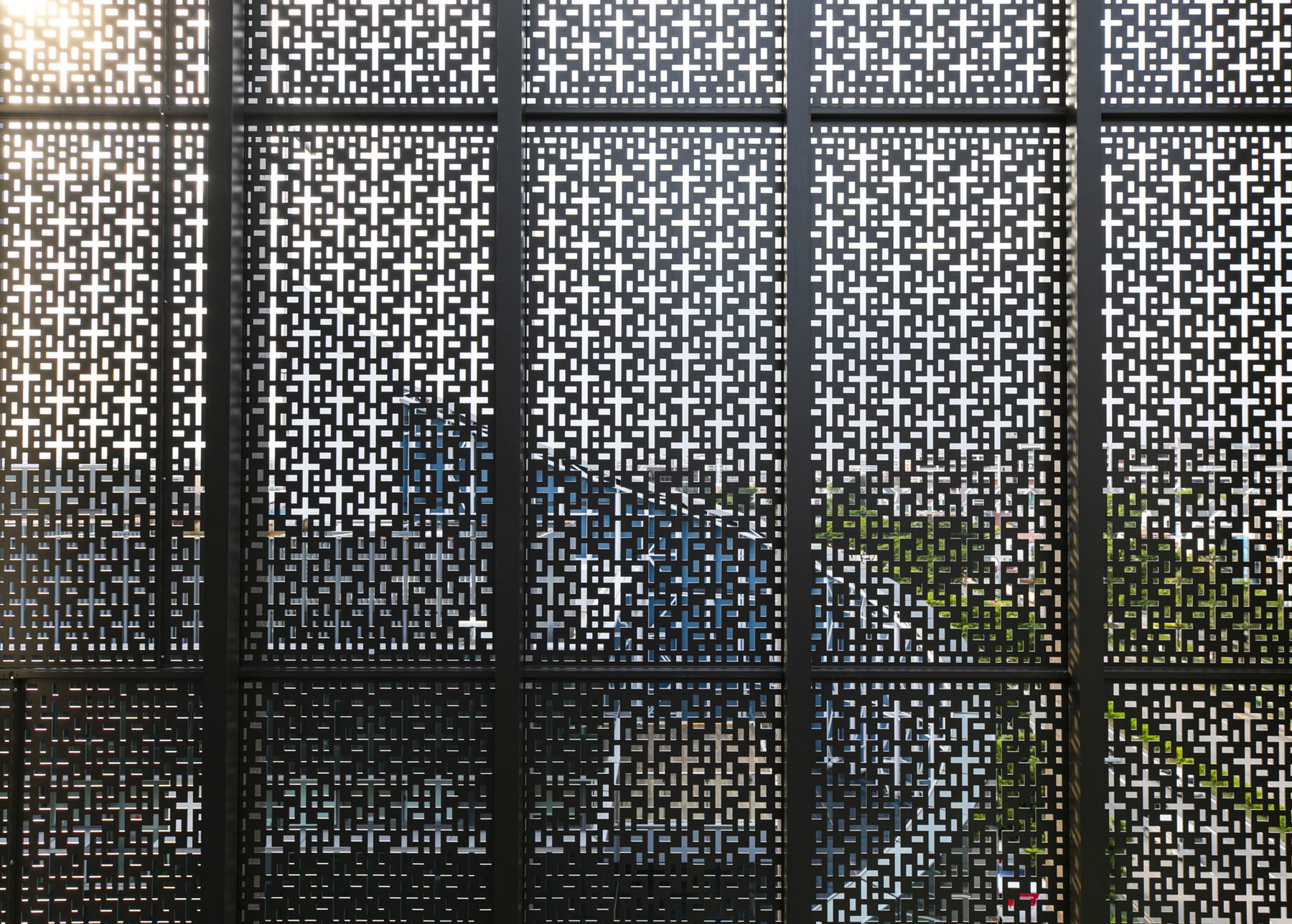 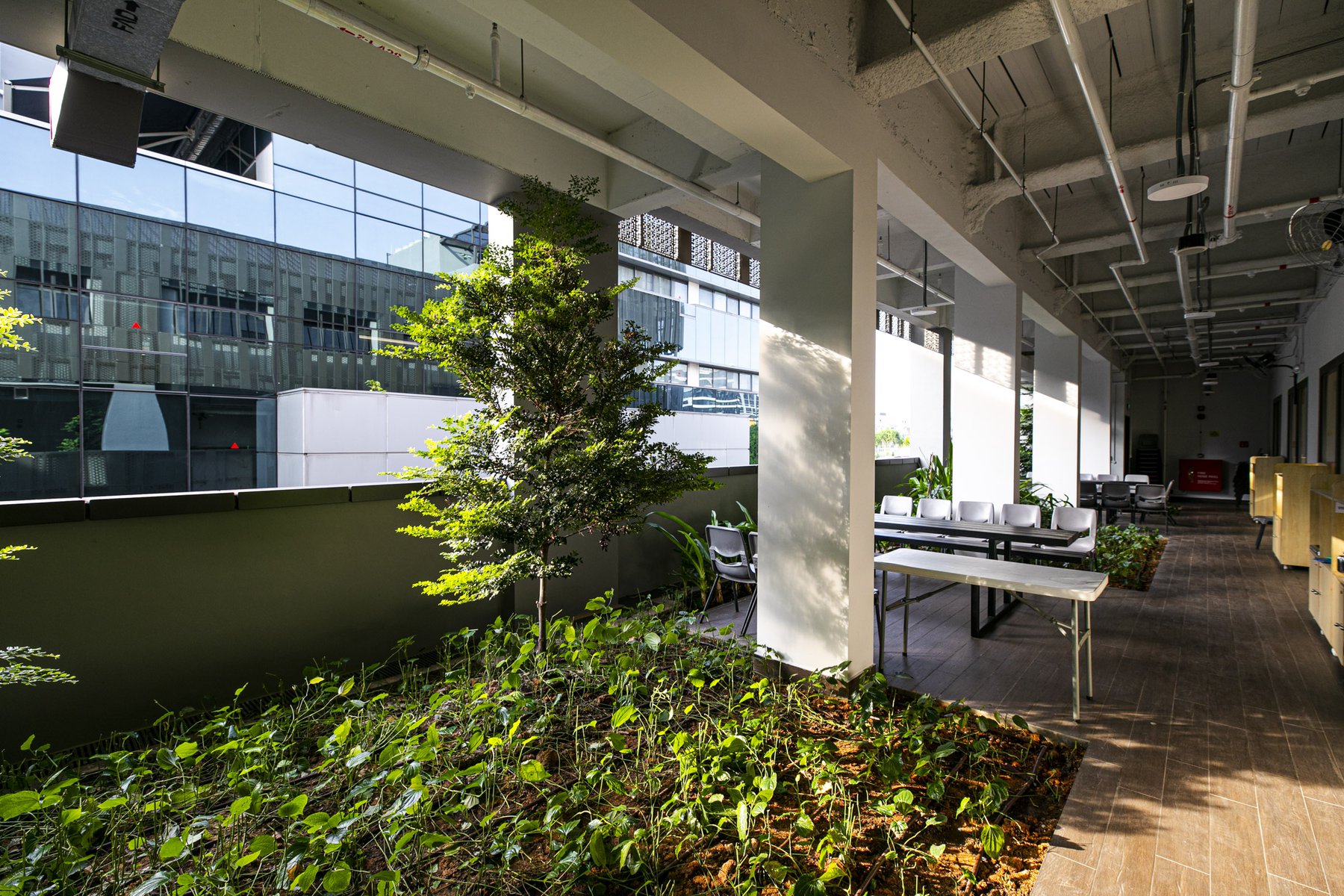