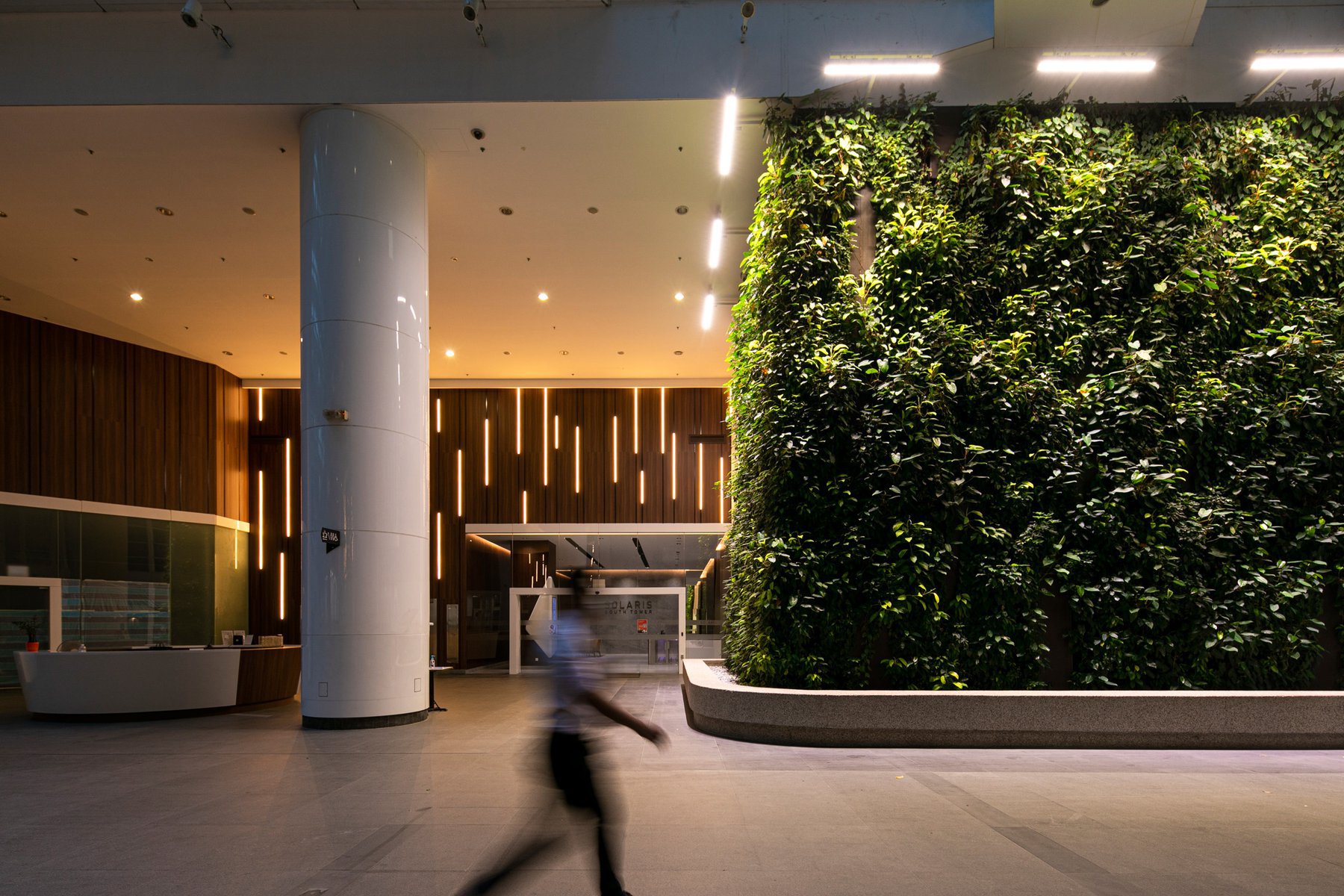 9 years after Solaris was completed, its owners decided to embark on an interior facelift, encompassing the public spaces such as the internal atrium, main lobby, typical lift lobbies, and public washrooms. The first key interior intervention by ONG&ONG was the introduction of a massive vertical green wall in the extensive Atrium space, enhancing Solaris’ biophilic design language.

Timber look-alike panels embedded with linear LED light strips in a rhythmic expression were added along the interior of the glass curtain wall facade, bringing warmth to the walkways connecting the atrium and office lift lobbies. The ambiance of the main lobby was transformed with new wall, floor and ceiling finishes. A new central concierge counter and a cluster of seating areas were added to improve the functionality of the lobbies. The typical lift lobbies now offer a ceiling partially covered with aluminium cladding in contrasting colours and this design style is mirrored on the new carpets as well. 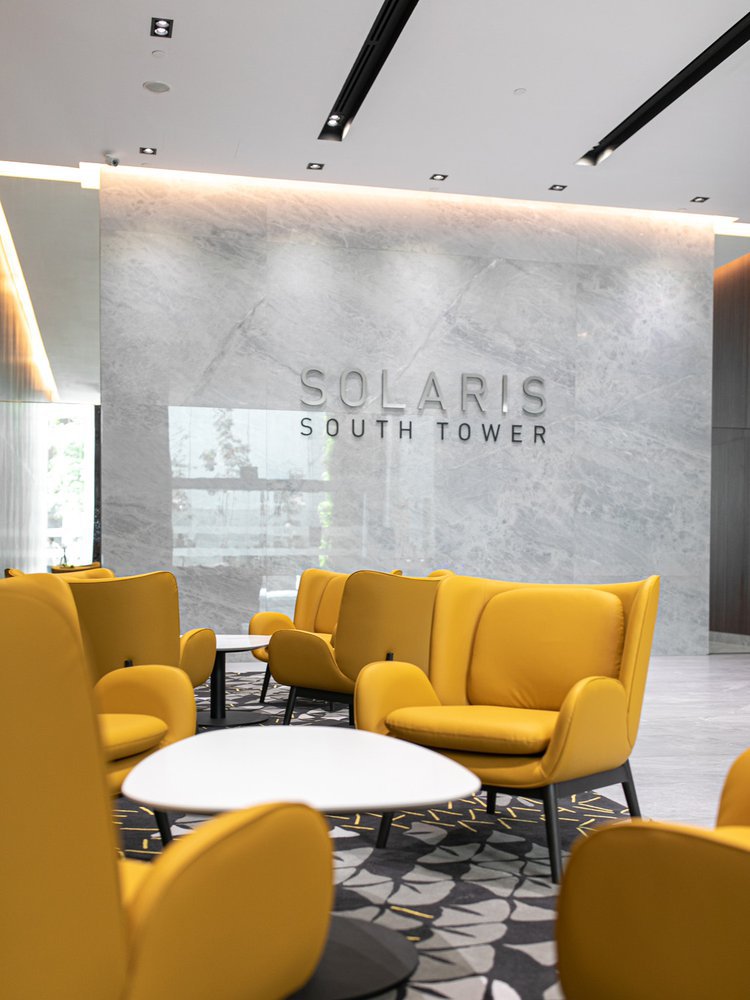 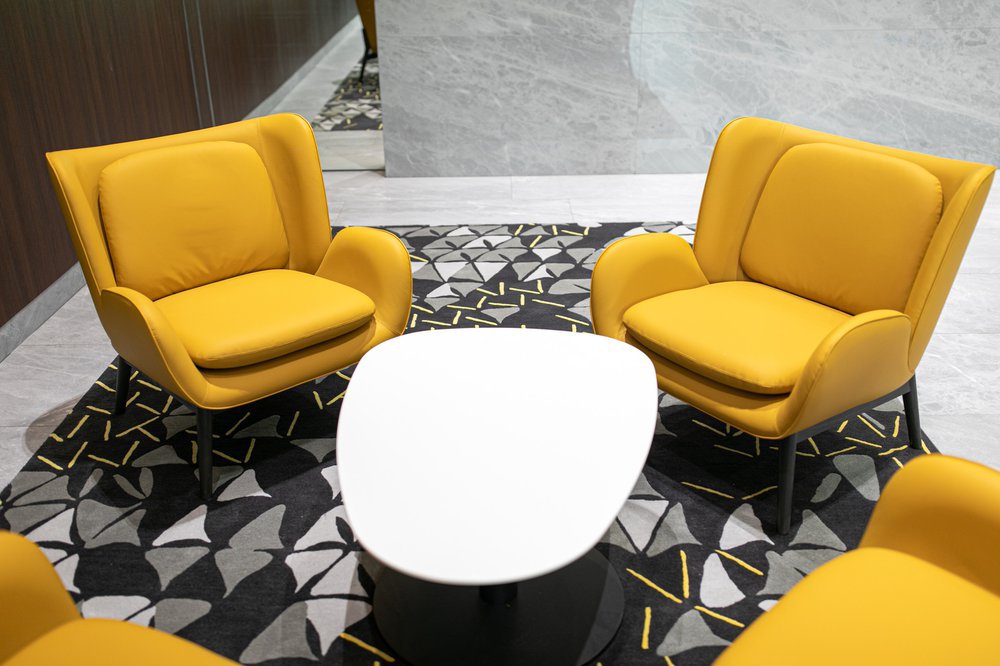 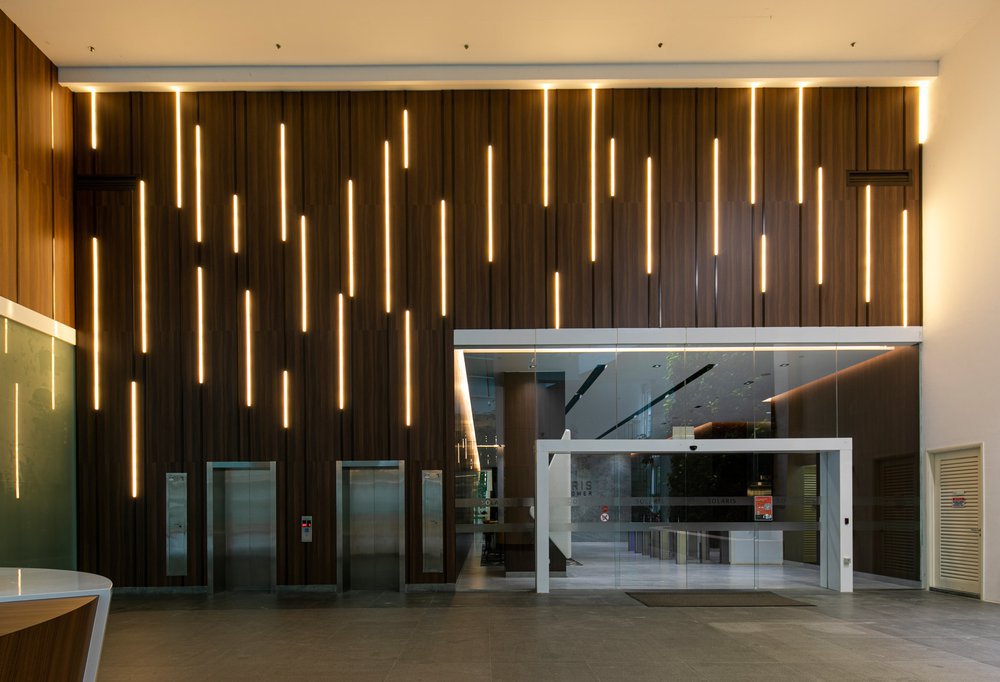 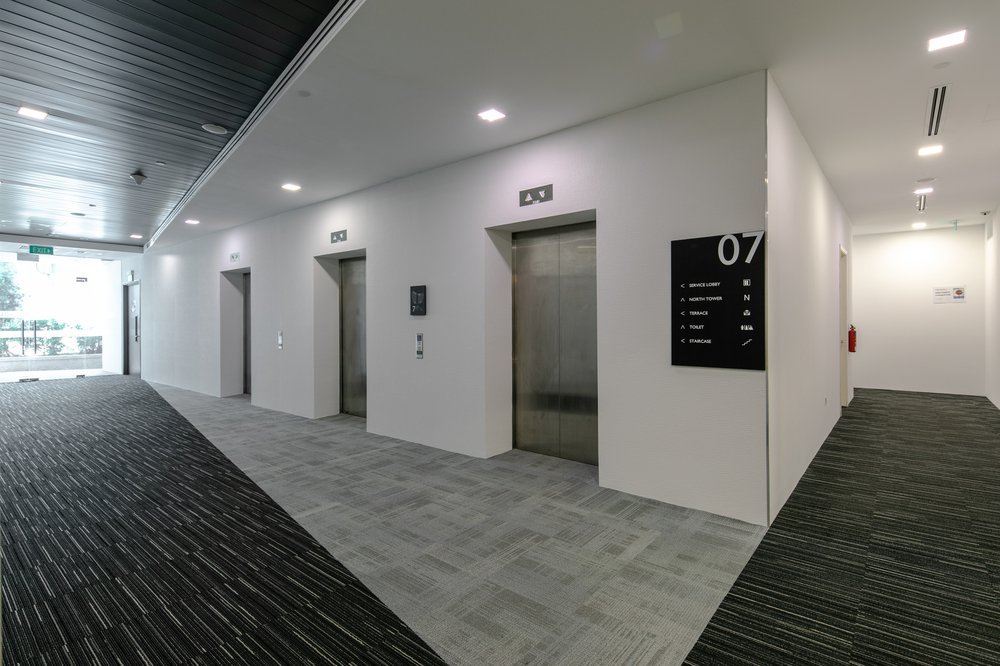 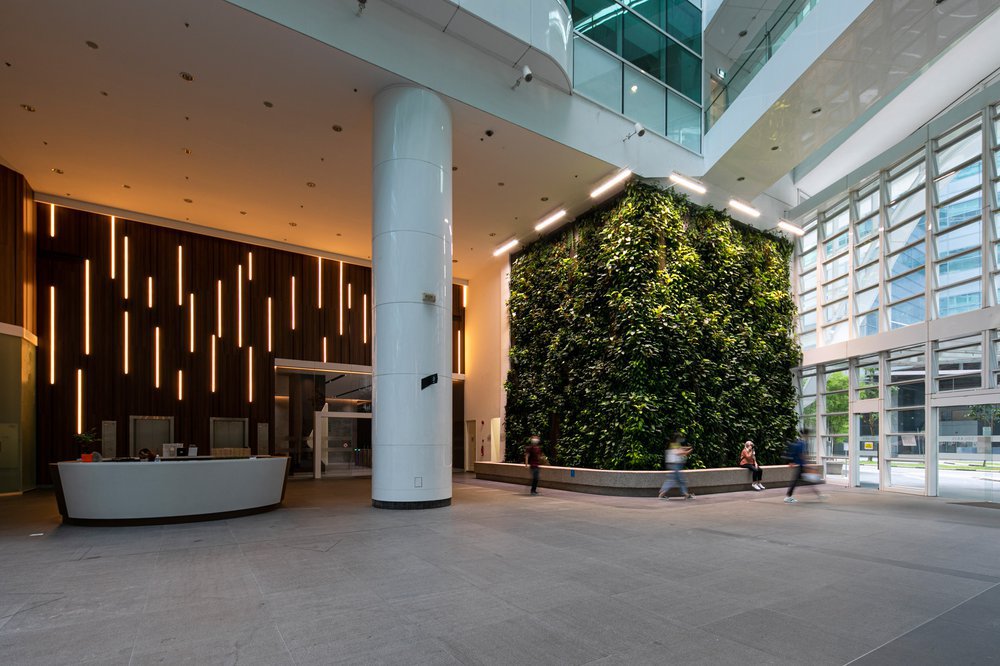 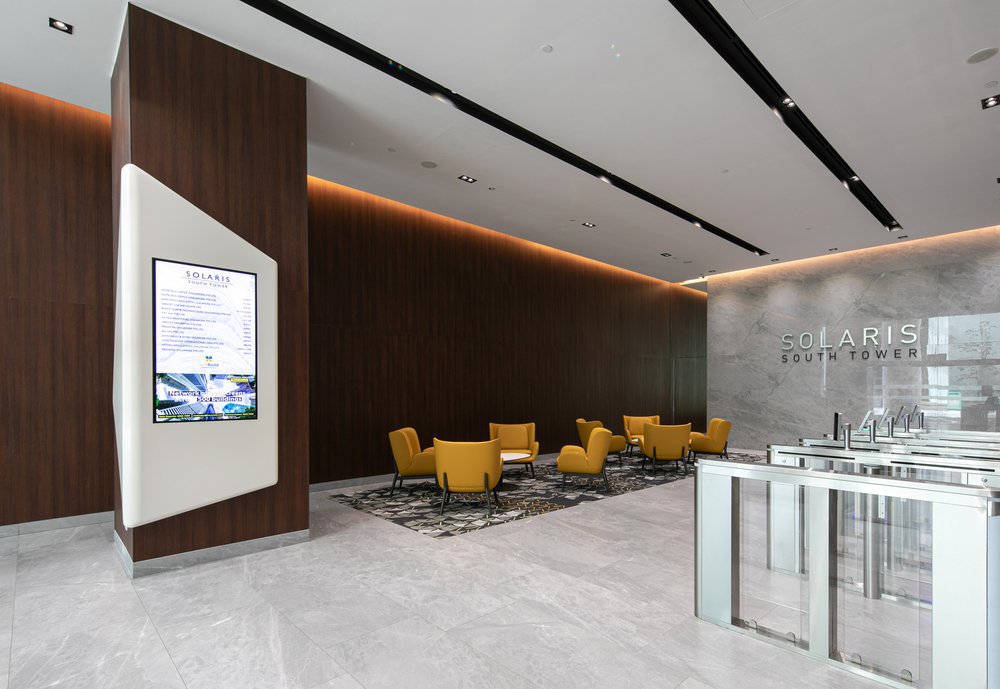 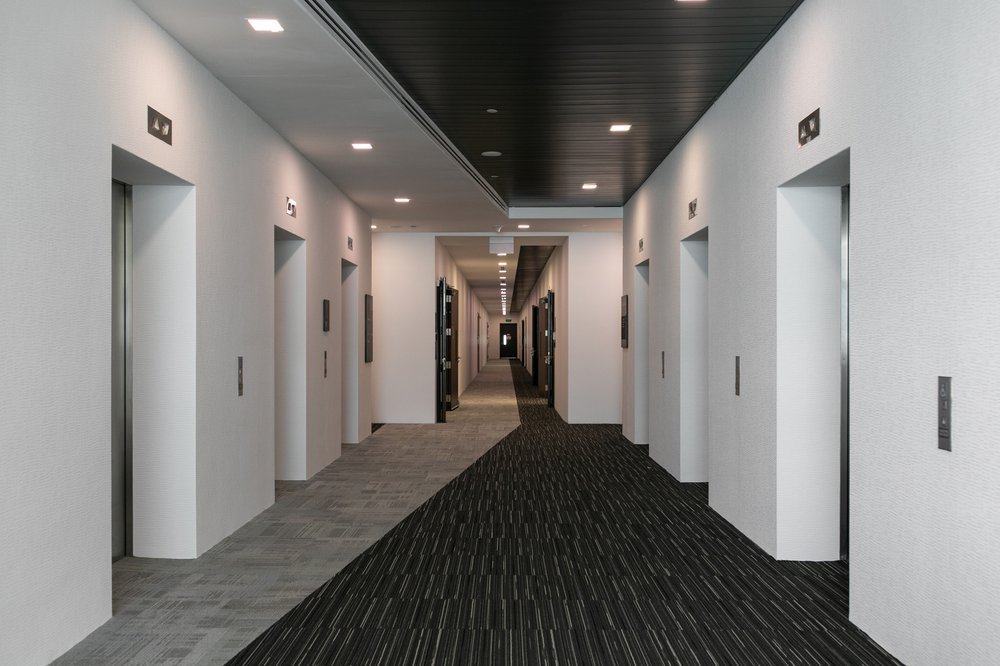