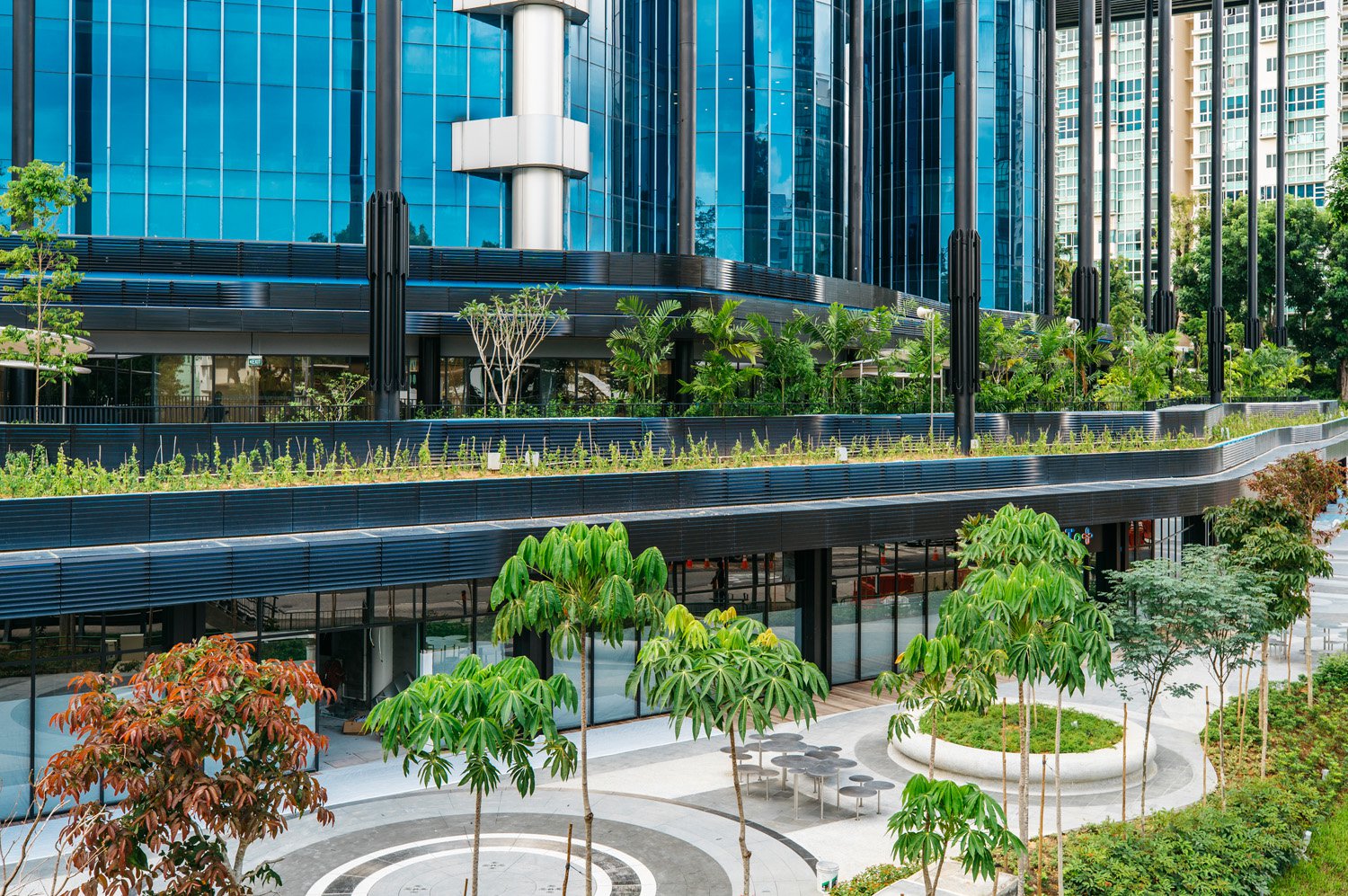 New Tech Park is a 1980s commercial development located at Lorong Chuan, which was transformed to a new and exciting urban node for the public. As part of this evolution, a new bijou mall called NTP+ (read as "NTP Plus") was added to the development offering a combination of F&B, retail, and non-retail spaces.

Most of the works were carried out under difficult circumstances caused by the COVID-19 pandemic. However, this served to reinforce the need for more open public space, greenery, and shared communal areas which gave both tenants and patrons spots for respite and recreation - a highly-valued feature in a post-COVID world.

The design of NTP+ takes its context from the verdant greenery surrounding its location offering landscaped decks and lush foliage on the first and second floor, creating additional recreational and breakout spaces within the mall. The façade facing Lorong Chuan is enhanced by a roof trellis supported by distinctive slender vertical columns and a tiered landscape deck. 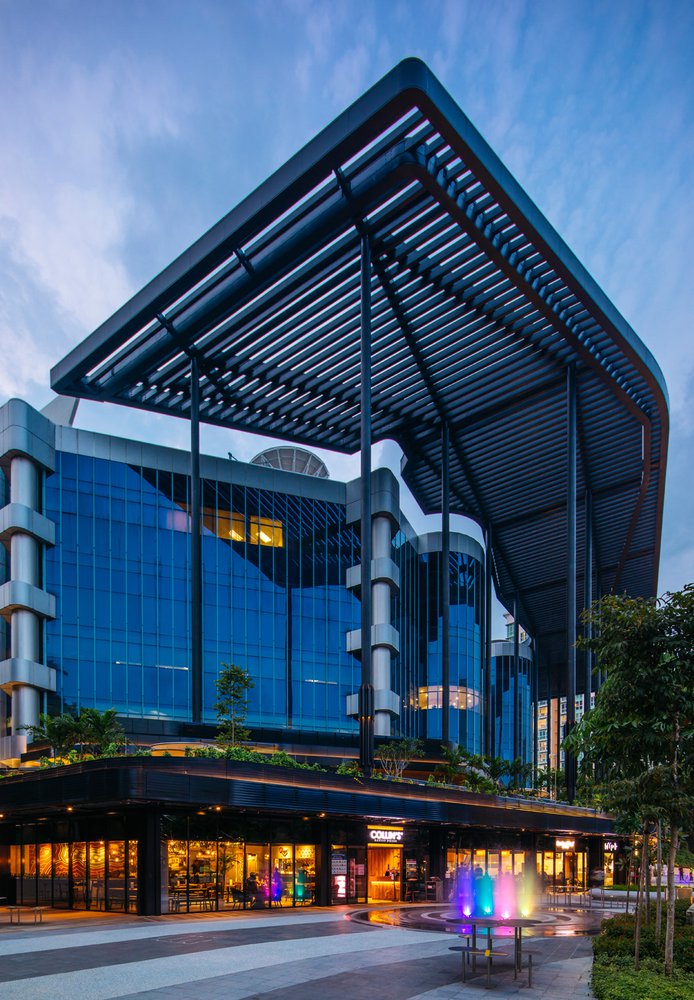 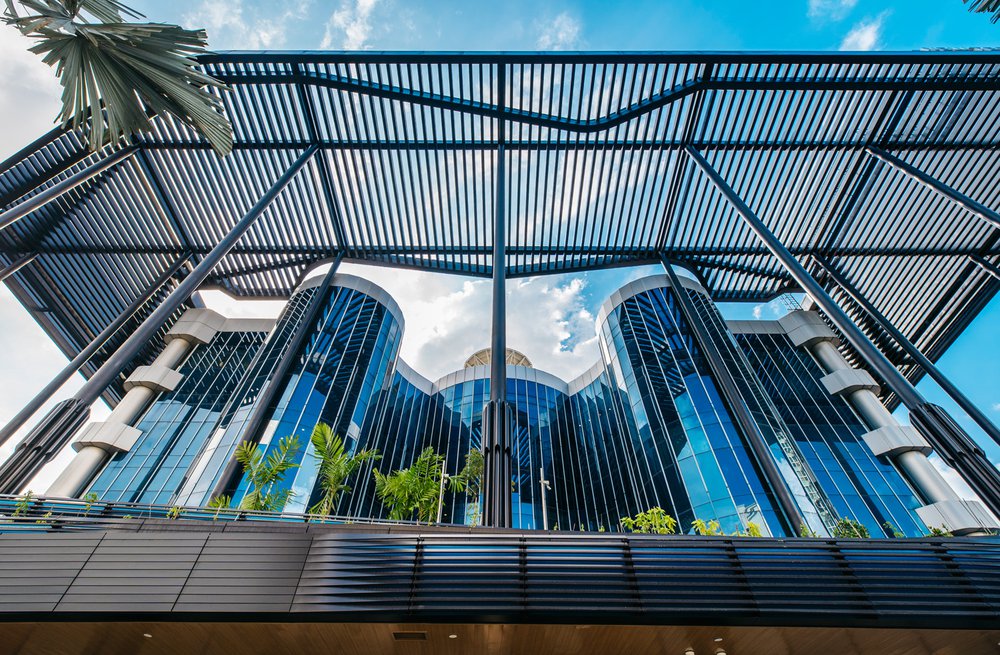 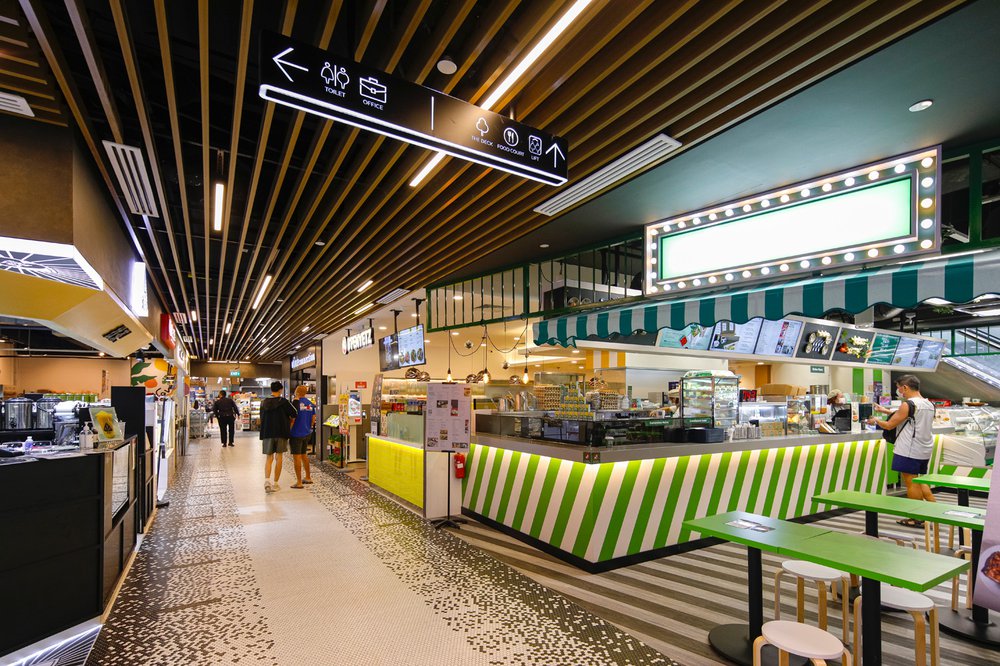 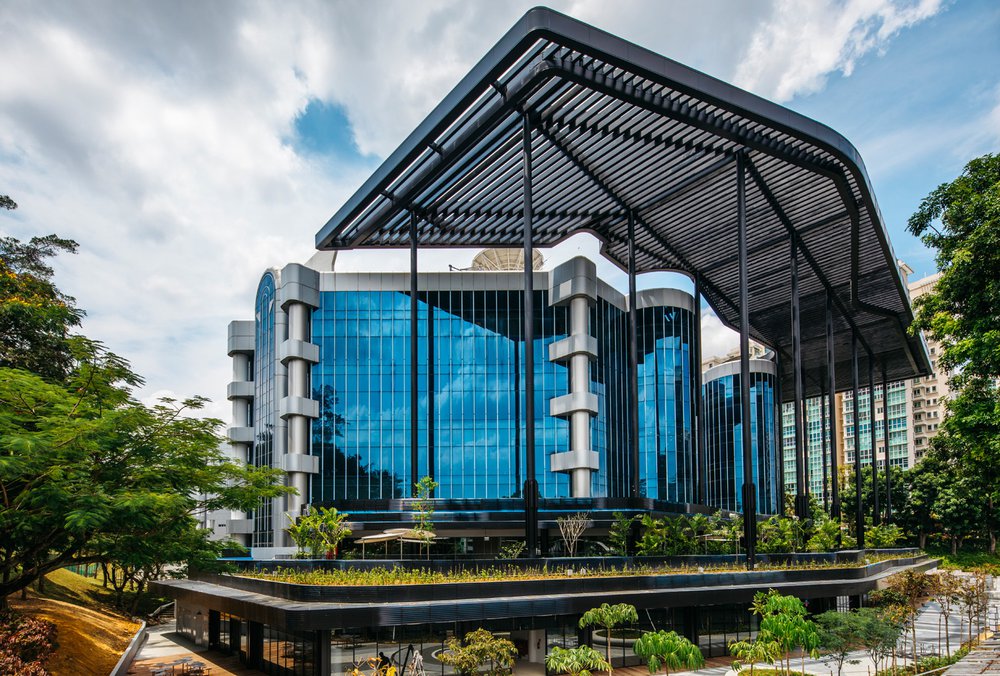 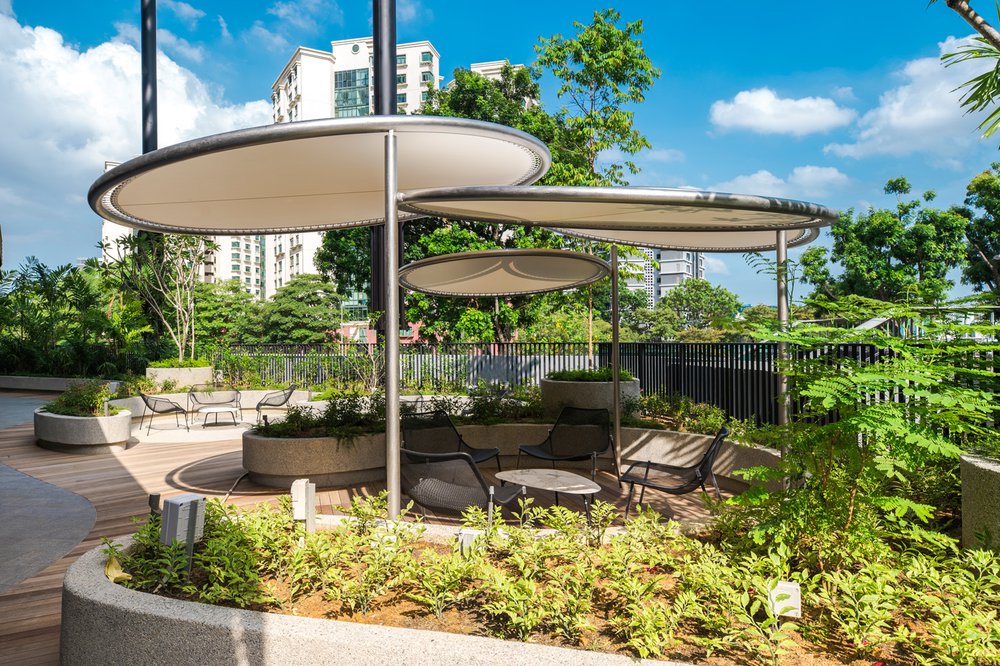 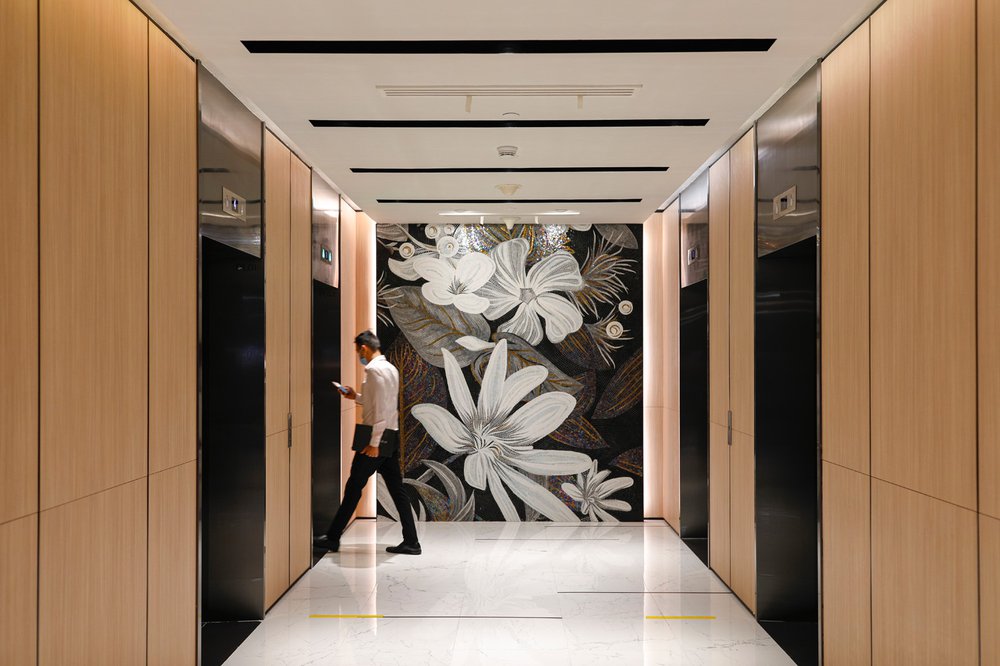 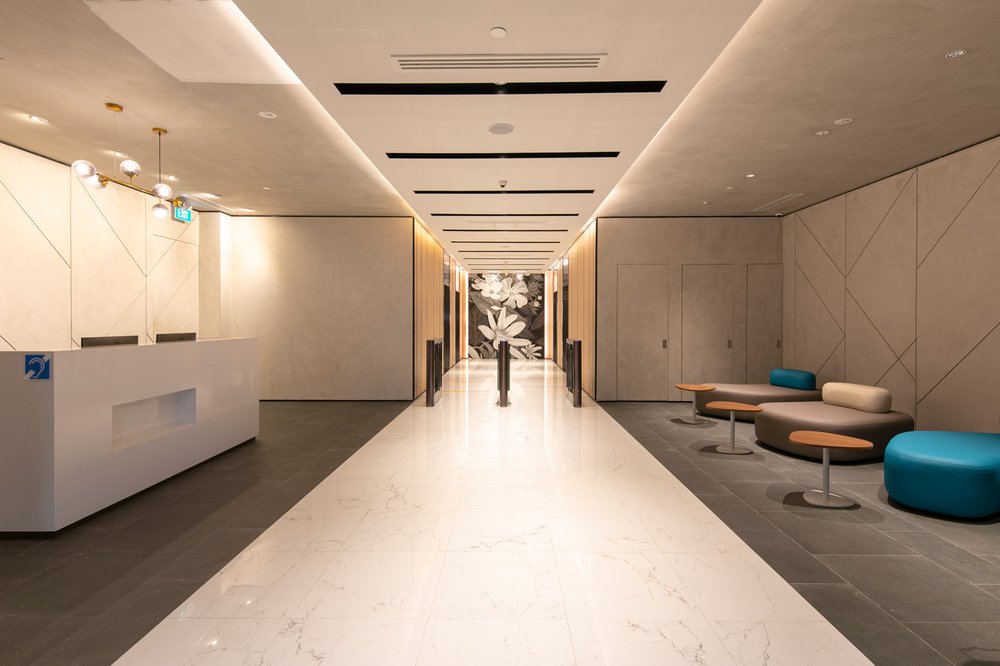